We changed our name 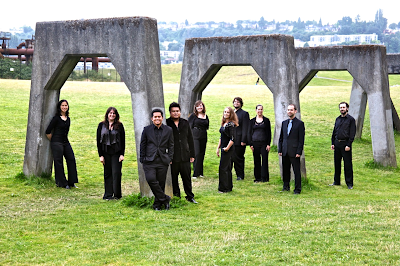 After 8 years as “The Renaissance Singers,” we’ve decided to change our name to “The Byrd Ensemble.”
The decision to change the name came quite naturally.  With all the wonderful recent activity – new recordings (almost annually!), our first tour coming up next week (October 20) with guest conductor Peter Phillips (director of the Tallis Scholars) and the most active concert season we’ve ever had, we felt we were finally hitting our stride.  This 2011-2012 season will be our biggest year yet.
There wasn’t anything wrong with the name “The Renaissance Singers,” but we wanted something more unique and thus, after much deliberation, emerged “The Byrd Ensemble.”
Why name it after English composer William Byrd?  Well, other than the fact that Byrd is one of our favorite composers, he was one of the most versatile English composers during a very politically turbulent period. Even though we named ourselves after one of the household English Renaissance composers, we are interested in expanding our performance repertoire.  As you’ll see from our 2011-2012 concert season, we are collaborating with an aerialist in February 2012 for a program of modern music called, “Afterlife.”
We are still that same Renaissance Singers you’ve known.  We are still committed to presenting you with the highest level of chamber vocal music.  As always, we appreciate your support and thank you for your patience through this transition.
Sincerely,
Markdavin Obenza