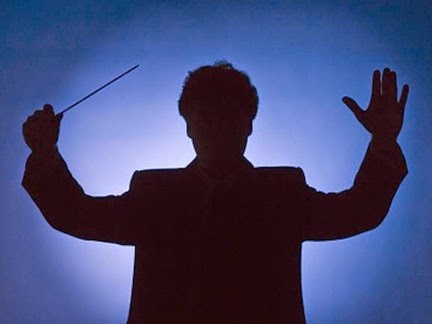 A rise in the number of conductorless groups questions the need for a conductor; The East Coast Chamber Orchestra, The Advent Chamber Orchestra, A Far Cry, Stile Antico, and a group I direct, the Byrd Ensemble, are just a handful of these that recently formed. However, the emergence of articles proclaiming the importance of conductors suggests that the conductorless model has not yet been accepted. This article is a response to the pro-conductor position and aims to prove two points: that conductors aren’t always necessary and that the conductorless model is an equally viable option for small groups.

What conductors really do

“What do conductors do?” by The Telegraph (May 2014) and a somewhat recent NPR article Do Orchestras Really Need Conductors support the necessity of a conductor by glorifying a conductor’s ability to communicate phrasing and interpretation through subtle gestures, and highlighting the difficulty of this task. The NPR article cites a study used to analyze how a conductor’s movement affects how music is played by musicians. Their conclusion: “What we found is the more the influence of the conductor to the players, the more...aesthetically pleasing the music was overall.”  [It’s a subjective conclusion - what is aesthetically pleasing to me, I bet, is not true for everyone else in the world]. Both articles treat the conductor as some kind of magician, summoning artistry through musical sorcery. 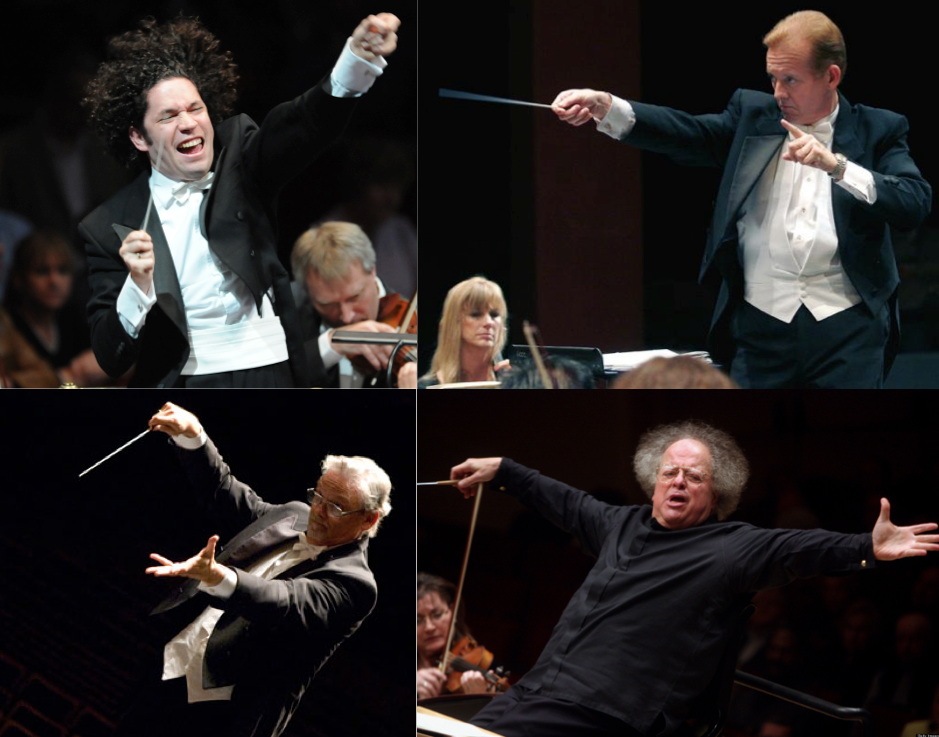 In the professional environment, this wizardry is unhelpful. With a limited number of rehearsals and a constantly changing roster of musicians, there is not enough time to decipher a complicated system of gestures. [And even less time in a recording session]. There is only enough time to focus on the basics: tempo and overall interpretation while maintaining good ensemble. The most helpful conductors are the simplest ones. They strike a good balance between a clear pulse and expression, always favoring the former. The conductor might not have the theatrics of an orchestral wizard, but speaking as a musician hired to deliver the goods at a recording session, a simple and clear conductor is much easier to follow. Unless the conductor has plenty of rehearsal time with the same musicians, employing a set of nuanced movements will not be communicated to the music group, let alone the audience in any noticeable way.

This is not to say that the conductor is not necessary at all. A conductor’s most important task is not accumulating an arsenal of gestures, but keeping all the musicians in synch. It’s definitely a much less interesting aspect of conducting, but more difficult than one may think. If this isn’t apparent as a musician, it is as an audience member observing a conductor's failure to synch a group despite his optimal visibility and militant gestures.

The conductor communicates the speed of music through conducted patterns. A musician must interpret the pattern and decide precisely where the beat is. This process of interpretation can result in disagreements between musicians on where the pulse lies making it difficult to keep the group together. When the conductor opts to use complex gestures instead of simple ones, the problem is compounded and the result can be total confusion.

Okay, so maybe it doesn’t always sound like total confusion. Even the most confusing conductors manage to get their groups in synch most of the time. How is this possible? These musicians rely less on the the conductor’s indication of pulse and instead choose to listen very closely to each other to synch up. The musicians mainly respond to expressive cues. In this case, the conductor is not functioning as a timekeeper, but as a tool for expression.

But do we need a conductor to convey expression? I think not. In some cases, expression is written into the music by way of dynamics, tempo, etc. If it is not, interpretation can certainly be planned out in advance. Musicians are capable of performing expressively without a conductor, and do it all the time.

As long as everyone is in synch and executing the intended interpretation, a conductor is not necessary. 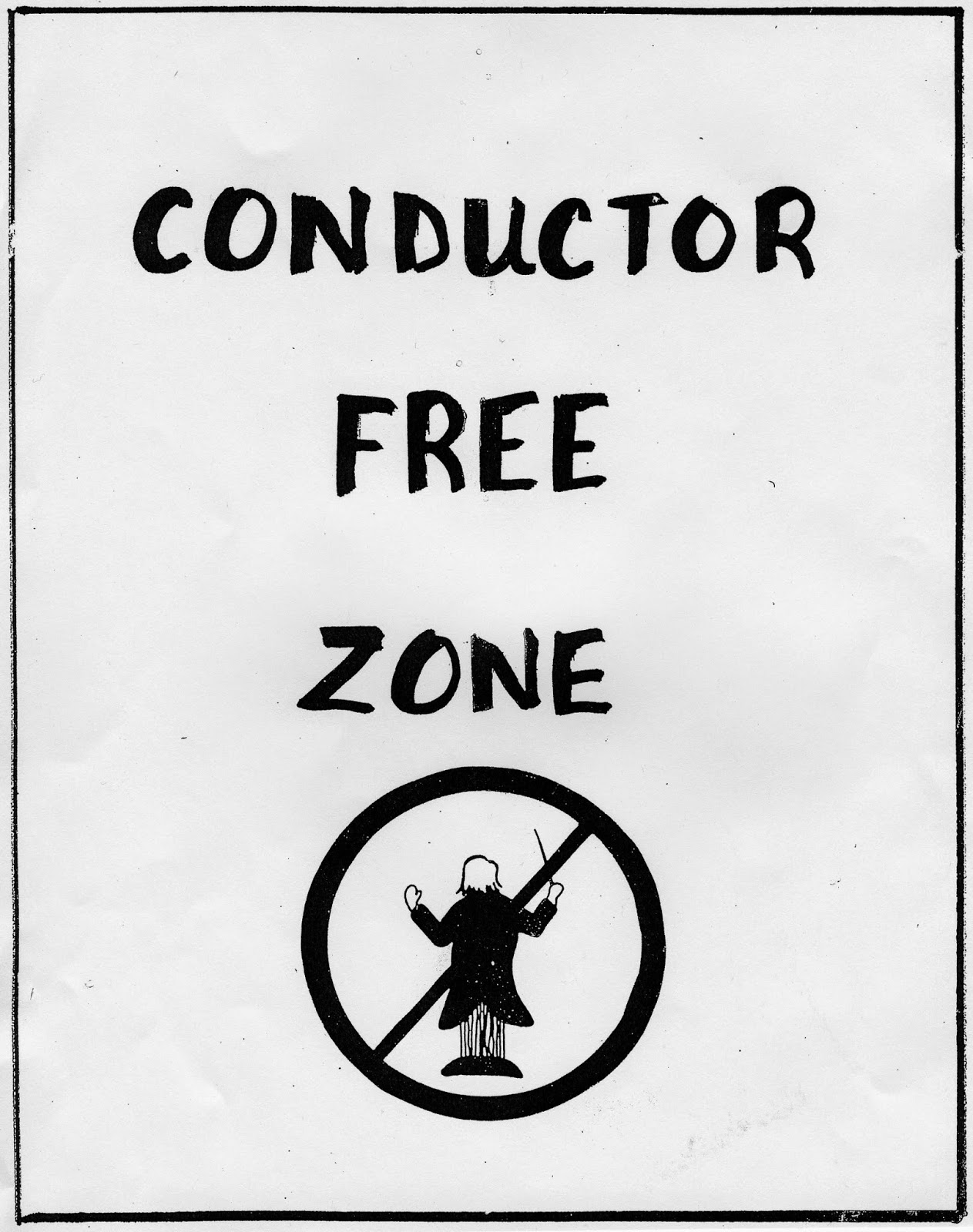 The necessity of a conductor is an issue that relates to my work with the Byrd Ensemble, a vocal ensemble of 10-12 singers that I lead, conductorless. With respect to vocal ensembles, the conductorless model is an uncommon approach and is discouraged by the very conductors whose usefulness this article questions. While a conductor in front may be necessary to get large groups of musicians together, it is not for smaller vocal ensembles.

Groups with conductors in front have an advantage communicating expression and phrasing because of visibility; however, singers in this model tend to rely too much on visual cues and not enough on their ears to synch up. Some conductors can be so confusing to follow, singers are left with only their ears to stay lined up which questions the usefulness of the conductor in the first place.

The early music vocal group Stile Antico is conductorless to the extreme. Lacking any major visible gestures from a conductor in front or in the ensemble, the group relies heavily on their ears to synch with one another. They prove that conductors are not necessary for togetherness, though there are some drawbacks to their adaptation of the model.

I suspect when they sing loudly it is difficult to hear each other thus making it difficult to synch, which is perhaps why their overall volume is, relative to groups with a conductor, softer. Because it is difficult to hear other singers when singing loudly, louder groups require visual cues to stay together. Also, the lack of major visible gestures means interpretation cannot be executed spontaneously in concert and must be well-practiced and internalized in advance.

The Byrd Ensemble is a hybrid of both approaches. Composed of sensitive singers led by a quasi-conductor-singer, the ensemble learns to prioritize aural synching while using visual gestures primarily for expression - both planned and spontaneous.

The most important element in singing perfectly together is not the presence or location of a conductor, but employing a set of singers that can both listen and fit their part in context.

Since the formation of the Byrd Ensemble in 2004 (then the Renaissance Singers), we have not, apart from 3 performances, performed with a conductor in front. [I conduct in front when there are more than 12 singers]. I have always indicated tempo and expression with my right hand while I sang, holding the music in my left. I'll admit it looks odd, but this approach to leading a group was born out of necessity – there aren’t a lot of singers interested in polyphony, and those that are have to fit into a very specific framework.

A conductor in front is not necessary to execute good and well-expressed music, and through our concerts, video clips and CD recordings, we hope to convince you of this as well.