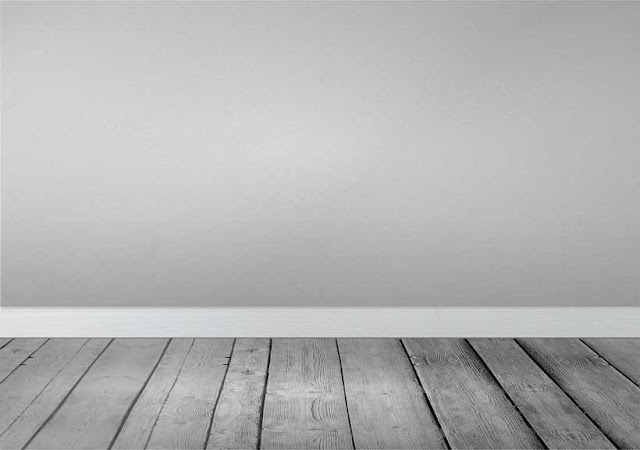 Purchase tickets here. Your tickets will be emailed to you. Use your receipt as your ticket, or pick them up at will call.

I can see my music theory professor now, cringing that I’ve labeled Pärt, Górecki, and Muhly as minimalists—this is understandable. Traditionally, we think of Terry Riley, Steve Glass, and John Adams as pioneers of the minimalism movement, so using the same label for the composers on this program warrants some explanation—just because the music contains repetition doesn’t mean it is minimalist!

Minimalism began post-World War II as a response to expressionism. Musically, it was a reaction against the prevailing musical aesthetics—atonal and mathematically generated music by Arnold Schoenberg, Alban Berg, and the like. Minimalism was a movement to reduce music to its most basic elements. American composers Riley, Glass, and Adams led the new style and paved the way to new music based on patterns and extreme repetition. It would not be unusual to encounter a piece based on one pattern and hear it evolve only slightly over the span of twenty minutes.

Repetition and patterning is an important part of the music of Pärt, Górecki, and Muhly; however, their compositional style is not a reaction against expressionism, but instead emerged in a unique and individual way. Nor is their music committed to patterns and repetition to the same degree. Pärt is perhaps the most dedicated ‘patterner,’ but he is quick to break those patterns if it creates unwanted harmony. So, if they aren’t minimalists, how do we describe their style? Some call Pärt and Górecki ‘mystic minimalists’ or more pejoratively ‘pop minimalists.’ Neither of these labels seem to carry the significance their music deserves, so I hope the purists will bear with me while I include them in the minimalist camp for this program.


For the sixth year in a row, Arvo Pärt has been given the title of the “world’s most performed living composer.” Pärt, born in 1935, is an Estonian composer of classical and sacred music. A prolonged struggle with Soviet officials led him to emigrate with his wife and their two sons in 1980. He lived first in Vienna, where he took Austrian citizenship, and then relocated to Berlin, Germany in 1981. He returned to Estonia around the turn of the 21st century and now lives alternately in Berlin and in Tallinn.

After some time experimenting in neoclassical styles, Pärt decided to use Schoenberg’s twelve-tone technique and serialism in his compositions—this displeased the Soviet establishment enough to ban his early works. Pärt, not pleased with his output, went into several periods of contemplative silence, during which he studied choral music from the 14th, 15th, and 16th centuries. His biographer, Paul Hillier, says, “He had reached a position of complete despair in which the composition of music appeared to be the most futile of gestures, and he lacked the musical faith and will-power to write even a single note.”

Pärt spent years immersing himself in Renaissance vocal music and more generally Western music. Out of this period of musical soul-searching emerged a unique compositional style that informed his music beginning in the 1970s—tintinnabuli (bell-like). The tintinnabuli style is a simple compositional technique that allows for a limited number of harmonies. Imagine the harmonies generated by playing a major scale in the left hand and an arpeggio on the right.

The Seven Magnificat Antiphons (1988; revised 1991), marks only the second time that Pärt set a German text. Perhaps the fact that it was commissioned for the Radio Chamber Choir in Berlin, a group whose broadcast performances reached audiences far and wide, suggested that the vernacular language would be the most appropriate choice. Each of these texts, in its normal liturgical context, functions as the antiphon to one iteration of the Magnificat, sung at Vespers on each of the seven evenings preceding Christmas Eve. In Pärt’s composition, these texts are set simply as a series of seven movements.

Pärt’s Magnificat, composed in the tintinnabuli style, employs drones. The solo Soprano part, singing only the pitch C,  provides the tonal center for the piece. Pärt’s setting of the Magnificat, though length and repetition, establishes a sense of timelessness. The half-step dissonances sprinkled throughout alongside the sonorous harmony immediately pull us into a state of contemplation and introspection.

I am the true vine was composed in 1996 for the 900th anniversary of Norwich Cathedral in England. Written for unaccompanied voices, the work offers a twist on Pärt's tintinnabuli technique. Syllables of text are dispersed among the parts in such a way that each part is often often completing another part’s sentence or word. Also, the distribution of the melody among the parts—Bass to Soprano back down to Bass—resembles the vine depicted in the text.

Henryck Mikolaj Górecki (b. 1933) was born in south west Poland to two talented amateur musicians. Musically, the boy developed late, and he enrolled at the conservatoire in Katowice at the age of 22 to study composition. Górecki’s work was not always met with praise. At the 1967 Cheltenham Festival his Refrain (for which he received a prize in Paris) was described: "Players can bang and blow and scrape repeated notes as they wish. The experiment might better have been conducted in private." In London 1978, his music was dismissed as "crude, agitated, often loud and violent". Yet, almost in parallel, Górecki had begun working in a style that could not be more different. His Symphony No 2 (Copernican), from 1972, began a transition towards a more consonant language.

“I think about my audience, but I am not writing for them. I have something to tell them.”
-Górecki

Górecki was a pioneer of modernism in his own country, but, like Pärt, adopted a more pared-down, minimalist style and focused on writing religious music. Totus Tuus was performed at Pope John Paul II’s third visit to Poland, his homeland, in 1987. The outdoor masses were attended by hundreds of thousands of people. Totus Tuus sets a brief prayer to Mary, the patron saint of Poland. Górecki delivers a wonderfully simple but prayerful work for such an occasion.

American composer Nico Muhly (b. 1981) has worked with pop/rock and classical genres. Muhly, only in his mid 30s, is quite the hot contemporary artist. He has worked with Björk and Philip Glass and has composed for the Paris Opera Ballet. Muhly’s sacred music draws from two styles: American minimalism and the Anglican tradition.


Muhly’s choral pieces are rarely performed and have not been recorded. Recordare Domine, written for the Tallis Scholars and Peter Phillips, is most unlike the others and favors a more dissonant sound. Pater Noster, a setting of the Lord’s Prayer, draws inspiration from Stravinsky's unaccompanied sacred music, notably his setting of the same text. Lord Heare My Prayer Instantly showcases Muhly’s almost incessant use of triplets in a duple meter, which permeates much of his choral music. Unlike Recordare, Lord Heare and the other choral works on the program  are mostly diatonic and feature repeated musical figures. In One Place, a Pentecost Antiphon, incorporates freely sung text; the overall effect is meant, I assume, to depict the apostles speaking in tongues in the presence of the Holy Spirit.

We invited composers to submit music that would pair well with the program. We are happy to present two works: Caroline Mallonée’s O Lux, and John Duggan and Teena Lyle’s O Sacrum Convivium (world premiere performance).

Caroline Mallonée (b. 1975) has been performed internationally, including New York City at Carnegie Hall, Avery Fisher Hall in Lincoln Center, Tribeca New Music Festival, and the Cambridge Summer Music Festival (UK) and has been broadcast several times over National Public Radio on Garrison Keillor's "A Prairie Home Companion.” Dr. Mallonée holds a Ph.D. from Duke University, a Master’s degree from the Yale School of Music, and a Bachelor’s degree from Harvard University. O Lux is an imitative motet celebrating light. The downward contour represents the light streaming in; the rising line that follows it, the light that raises one's spirits. It was commissioned by the Friends School of Baltimore to commemorate the 225th anniversary of the school’s founding.

John Duggan (b.1963) was a chorister at Westminster Cathedral and studied music at Keble College, Oxford. He is an experienced live-sound and recording engineer in both popular and classical fields. He has written a large body of work for choir, both sacred and secular, including a number of settings of the soldier poets of World War I. He was Creative Arts Fellow at Wolfson College, Oxford (2012–15) and is currently composer-in-residence at Leeds Cathedral in West Yorkshire. His music is published by Novello and Shorter House.

Teena Lyle (b.1963)  is a percussionist, keyboard player and singer who has worked with many artists including Bob Dylan, Placido Domingo, Robbie Williams, and Gloria Gaynor. She is best known for her touring and recording work with Van Morrison. Alongside her performing, she is developing a career as a composer, artist, and teacher.

The text to O Sacrum Convivium, often attributed to St. Thomas Aquinas, illuminates the pivotal role of the Eucharist in Christian life—from the Last Supper, the mystery of Easter unfolds. The sharing of bread evokes the Passion of Christ, the glory of his Resurrection, and the promise of an eternal feast. The power of this imagery lies in the way in which sharing, receiving, passion, grace, and glory intermingle as the divine ingredients in a timeless, celestial banquet. In writing this piece together we wanted to create a beautiful tableau, a piece that arches over performers and listeners like the stone spans of a medieval cathedral, like a field of flowers opening in a time-lapse sequence. The effect is like the gentle roll of waves, where the power builds invisibly in the undertow and then breaks upon the shore of our hearing.