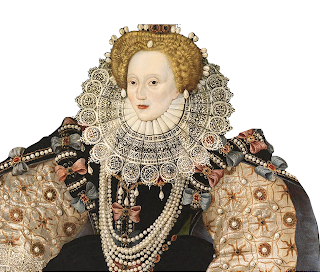 SACRED MUSIC OFTEN SERVED NOT ONLY A LITURGICAL PURPOSE, but also a political one. The program explores music written for political gain and how politics of the time affected the music.

Thomas Tallis and William Byrd were among Queen Elizabeth I’s most highly favored musicians. In 1575 she granted Tallis and Byrd, the two best English composers at the time, sole rights to the printing of music. The monopoly rewarded them with extra income but also generally supported the English music business, as the grant banned the importation of music printed abroad. Tallis and Byrd took advantage of this monopoly to produce a major printed music anthology for liturgical use in 1575—Cantiones quae ab argumento sacrae vocantur, a collection of 34 Latin motets dedicated to the Queen herself. The collection contains 17 motets, each by Tallis and Byrd, one for each year of the Queen’s reign.

Unfortunately, the Cantiones was a financial failure. In 1577 Byrd and Tallis were forced to petition Queen Elizabeth for financial help, pleading that the publication had “fallen oute to oure greate losse” and that Tallis was now “verie aged.” The Queen subsequently granted them a leasehold on various lands in East Anglia and the West Country for a period of 21 years, the length of the patent and essentially an artist’s typical royal subsidy.

In 1589 Byrd published another collection of Latin motets, Cantiones Sacrae I. This collection was dedicated to Edward Somerset, Earl of Worcester, and contains many of his greatest motets, including Ne irascaris, Domine. Although the music was mostly non-liturgical and intended as chamber music, many of these pieces may have been written for England’s oppressed Roman Catholic community, as evidenced by the references to Jerusalem lying desolate and the pleas to God to remember his people in the lyrics.

Byrd obtained the prestigious post of Gentleman of the Chapel Royal in 1572. He was not required to write in as many styles as Tallis, since the political and religious situation in England had settled somewhat by Byrd’s tenure. Byrd’s musical challenges were more personal. He spent his life composing for a Protestant church as a devout Catholic. The new Protestant service required a compositional style that prioritized communicating the meaning of the text to the congregation, which amounted to primarily chordal textures in the vernacular. The Catholic tradition still favored Latin texts and a more elaborate musical style. Byrd’s music was a compromise and sat right in the middle—simpler than contemporary Catholic music but more complex than the Protestant aesthetic. Many believe that his music reflects his desire for the return of Catholicism in veiled terms, particularly in Ne irascaris Domine. It may have been this inner conflict that allowed Byrd to produce some of the most beautiful compositions of Renaissance vocal music ever written.

Byrd’s greatest piece, Tribue Domine, concludes the program. Unlike most of the other pieces in the 1575 Cantiones, the text is from a medieval collection of Meditationes (Meditations on the Life of Christ) attributed to St. Augustine. In this twelve-minute masterpiece, Byrd pulls out his full arsenal, contrasting polyphonic and homophonic textures as well as polychoral writing.

Tallis, teacher of Byrd, is regarded as perhaps the most important composer of the Tudor period. Not only did Tallis compose under four successive monarchs (Henry VIII, Edward VI, Mary I and Elizabeth I), but he was capable of writing brilliantly in whatever musical style England required at the time. Henry VIII wanted to divorce the Queen so he broke away from the Catholic church in 1534, paving the way for the formation of the Anglican church, which favored simpler forms of writing. The Anglican liturgy during Edward VI’s reign introduced sacred music in the vernacular. At Mary’s accession in 1553, the Roman Rite was restored and the compositional style reverted back to the more elaborate and florid aesthetic style prevalent earlier in the century.

Tallis’s most epic composition, Gaude gloriosa, is one of the greatest motets ever dedicated to the Virgin Mary. At first listen, it sounds representative of the pre-Reformation style with its rather rambly and occasionally aimless nature. However, there is a sense of structure. Contrasting the relentless and demanding full sections are elegantly composed solo sections filled with imitation that is developed throughout—all indicative of the work of a mature composer in Counter-Reformation England. It is reasonable to think Tallis wrote it under Mary Tudor who might have enjoyed this fusion of old and new—a throwback to her youth with its deeply Catholic text, with a vision for the new Catholic church through the execution of the composition.

We learned in 1978 that Gaude gloriosa served another purpose. The monumental votive antiphon returned to the limelight when it was discovered during a renovation, hidden in a wall cavity at Corpus Christi College, Oxford in 1978. Unlike the Gaude gloriosa we know, this version was set to English text attributed to Katherine Parr. Parr, Henry VIII’s last queen, published anonymously in 1544 a book, Psalms or Prayers which included 15 psalm-collages translated into English. It is the Ninth Psalm from this book that appears on the manuscript set to Tallis’s music. Katherine’s translation is followed by a prayer for the King, and another ‘for men to saie entryng into battaile.’ The text was written at a time when England was at war with Scotland and France and it could have been used as a performative rallying cry to garner support for that conflict.

“Se lord and behold, how many they be, which trouble me, how manie, which make rebellion against me. They saie among themselues of my soul: there is no helpe of god for it to trust upon. O lorde god, in the haue I put my hope and trust: saue me from them which doe perse- cute me, and deliuer me. Lest peraduenture at one time or an other take my life from me.”

Musicologist David Skinner suggests that Katherine Parr and Tallis knew one another and worked together as part of Henry’s public relations machine for the King’s political cause. More personally, it demonstrates Katherine’s passion for reform and Henry’s growing conservatism in the final years of his reign.

Estonian composer Arvo Pärt (b. 1935) is the “world’s most performed living composer” according to Estonian World. After some time experimenting in neoclassical styles, Pärt decided to use Schoenberg’s twelve-tone technique and serialism in his compositions, displeasing the Soviet establishment enough that they banned his early works. The Soviet Union’s restrictions on artistic expression, along with Pärt’s dissatisfaction with his own work, sent him into several periods of contemplative silence, during which he studied choral music from the 14th through the 16th centuries. His biographer, Paul Hillier, says, “He had reached a position of complete despair in which the composition of music appeared to be the most futile of gestures, and he lacked the musical faith and will-power to write even a single note.” Out of this period of musical soul-searching emerged a unique compositional style that informed his music beginning in the 1970s—tintinnabuli (bell-like). The tintinnabuli style is a simple compositional technique that restricts the number of possible harmonies. The diocese at Karistad, Sweden, commissioned The Woman with the Alabaster Box (1997) for its 350th anniversary celebration. The text is from Matthew chapter 26, recounting an incident in which the disciples reprimand a woman for anointing Jesus's head with expensive ointment instead of selling the ointment and giving the proceeds to the poor.

Gabriel Jackson (b. 1962) is one of Britain’s most popular contemporary composers, especially among cathedral and collegiate choirs. He evokes a variety of styles to create a distinctly modern sound, parts of his music referencing Josquin, Tavener, and even Stravinsky. Jackson, the son of a clergyman and former chorister at Canterbury Cathedral, grew up in the Anglican church; however, he doesn’t consider himself to be a conventional believer—this is somewhat unexpected, considering his liturgical music output. To Morning (2008) demonstrates Jackson’s sensitivity to text by capturing the rhythmic nature of poetry for a timeless, yet effective, expression. The short motet was included in the Choirbook for the Queen in 2011 in celebration of her Diamond Jubilee.

Gregorio Allegri was an Italian composer who sang in the Papal choir in 1629. His setting of Psalm 51, Miserere mei, Deus, is easily the most famous vocal work of the Renaissance, largely because of an edition from the early 20th century which includes a high C for the soprano in the odd-numbered verses sung by a quartet. Composed during the reign of Pope Urban VII, probably during the 1630s, the Pope forbade anyone from transcribing it by threat of excommunication. Legend says a 14-year-old Mozart visited Rome in 1770 and wrote out the piece perfectly from memory after one hearing at the Sistine Chapel, releasing the Vatican’s guarded secret into the world. Mozart was summoned to Rome and, to his surprise, praised for his musical genius. (Some theorize that Mozart’s father, Leopold, fabricated the legend to boost Mozart’s fame in Austria.)

Miserere has evolved since its inception. Originally the work was simply a succession of chords to which the psalm was chanted. Through the years of performance by the Papal choir, embellishments were added by the singers and the piece became a legendary work. In the spirit of this tradition, Joshua Haberman has developed further embellishments for this performance.